For over a hundred years, Saigon was the capital - first under the French colonizers, and later the regime of South Vietnam. Following the end of the Vietnam War, Saigon was renamed Ho Chi Minh City, though locals still refer to it by its old name. Today, Saigon is the industrial and commercial heart of the country, attracting green youth and seasoned businessmen alike with its rapid expansion and numerous opportunities. While development is rampant, the city still retains infrastructure from its days as the colonial capital - with quaint, European-style architecture alongside newly-constructed commercial buildings. In addition, one of the things that makes tourist come back the city that is the special and delicious foods. Some of famous foods in Ho Chi Minh which are the passion of many people include: Banh mi, Pho, Bun mam, Bun Bo Hue, Banh da cua, Banh cuon, Banh xeo, Hu Tieu, Goi cuon, Com tam. Enjoying the specialties of Ho Chi Minh City will help you get more memories and unforgettable experience in the modern and bustling city.

Experience it firsthand
Reunification Palace
Originally commissioned in 1962 by South Vietnamese President Ngo Dinh Diem, this 100-room residence was designed by a French-trained architect. While Diem himself never lived in the palace, the exorbitant project, which took four years to complete, became a symbol of corruption and waste. Formerly called the Presidential Palace, images of the building were seen around the world on 30 April 1975 when tanks stormed the gates as Saigon fell to the North Vietnamese. Hear the echoes of time while walking through this historic downtown site. Today, the Palace is a museum – and its costly furnishings and finishes have been left intact.
War Remnants Museum
A sobering collection with graphic, often brutal displays of the American War (as it is known in Vietnam), the War Remnants Museum was first opened in 1975, soon after the fall of South Vietnam. While the exhibits are admittedly one-sided, they do provide the Vietnamese perspective on this decade-long conflict, as well as a close, uncomfortable look at the effects of war on soldiers and civilians alike.
History Museum
Constructed under the auspices of the French colonial government in 1929, the History Museum features a unique fusion of Asian and French architectural styles. The grounds of the museum are home to a series of pleasant gardens that provide a nice respite from the hustle and bustle of day-to-day life in Saigon. Within the museum are all the manner of architectural relics, from Khmer stone carvings dating to the 10th-13th centuries, remnants of the ancient Oc Eo culture of the 1st-6th centuries, and displays on Vietnam’s 54 ethnic groups.
Colonial Buildings
Explore the streets of Saigon and see some of the gorgeous old colonial architecture, such as the stunning Opera House, the former Hôtel de Ville town hall (now the People’s Committee Building), Notre Dame Cathedral, La Post Centrale and the lovely Continental Hotel, made famous by Graham Greene’s novel, "The Quiet American."
Ben Thanh Market
Go shopping in the lively Ben Thanh Market, where you can buy some lovely handmade silk goods and other Vietnamese handicrafts.
Cholon – China Town
Visit the huge Chinese neighborhood called Cholon. Here, you can have lunch at any one of a number of delicious Chinese eateries; we recommend My Huong, a bustling restaurant with indoor and outdoor seating that serves superb, authentic fare, including a noodle soup with duck. Explore the district’s many religious sites, which include places to worship Chinese, Christian, Islamic and Buddhist deities.
Cha Tam Cathedral
Cha Tam Cathedral or St.Francis Xavier in Cho Lon has the inside decoration much similar to a Chinese temple. Built around the turn of the 19th century, this decaying light-caramel painted church exudes a sleepy, tropical feel. The mint green and white church interior is decorated with images of the stations of the cross, while the holy water is dispensed from huge clam shells. The statue in the town is of Francis Xavier Tam Assou. Today, the church has a very active congregation of 3000 Vietnamese ethnic and 2000 Chinese ethnic. Masses held daily.
Jade Emperor Pagoda
Built in 1909 by the Chinese community, its architecture is a reflection of Cantonese temples. Scattered amongst incense fumes, a collection of gods and legendary heroes stand on panels of golden Chinese characters, making it one of the most impressive pagodas in the city. Here, Buddhism and Taoism are inextricably linked. The décor is inspired by many myths and Buddhist stories which the Cantonese community has adopted.
Thien Hau Temple
Originally built in A.D. 940, Thien Hau Temple has been rebuilt many times over the intervening centuries – most recently in 1900. The temple pays homage to Thien Hau, the goddess of the sea, a deity worshipped across Asia – particularly by sailors, who looked to her for good weather and protection from the elements.
Cholon Mosque
The clean lines and lack of ornamentation of the Cholon Mosque provide a stark counterpoint to its gilded Buddhist neighbors. In the courtyard is a pool for ritual ablutions; note the tiled niche in the wall (mihrab) indicating the direction of Mecca. Built by Tamil Muslims in 1932, the mosque has served the Malaysian and Indonesian Muslim communities of Saigon since 1975.
Chua Quan Am Temple
Chua Quan Am Temple is a classic Chinese temple wafting with incense. Nearly 20 resident monks and a cherubic abbot are on hand to welcome foreign visitors. In fact, they’ll even take the time to show you around and allow you to take photos, but the expectation is a small donation in the alms box at the altar. Just outside the entrance, observe the busy cabinet makers at work in a large street-side workshop. 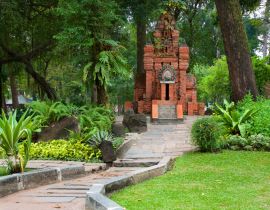 Tao Dan Park is a true oasis nestled in the hustle and bustle of Saigon. This is where parents...

Here’s the ultimate travel essentials list for Ho Chi Minh City; everything from visas and currency to dress codes and tipping can be found below with ..More

Here’s the ultimate travel essentials list for Ho Chi Minh City; everything from visas and currency to dress codes and tipping can be found below with all of our top tips and favourite finds in it. You need to remember some essentials so that you can have a perfect trip with great and unforgettable experiences. 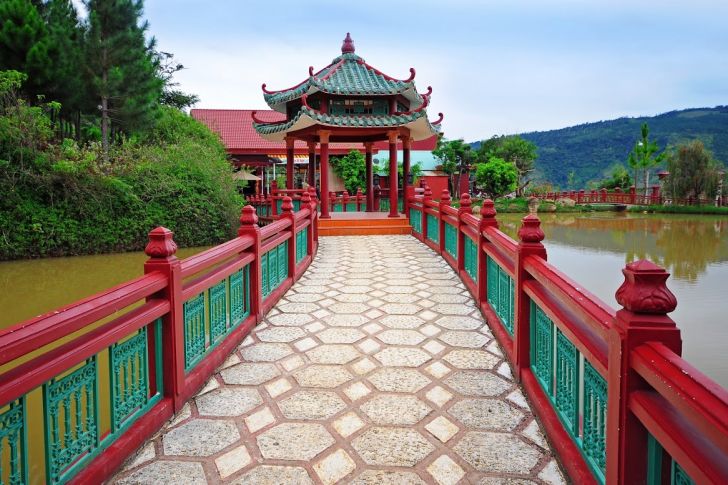 If you’re itching to bring home a souvenir, you won’t be at a loss for shopping in Saigon. Ben Thanh Market is famous for its many stalls and traditional goods, or if you’re...
More

Get Custom Made Clothes

A top to-do item for many visitors is to have custom clothes made before they leave. Phan’s Custom Tailor is a very popular destination for suits and other items of clothing. Make sure you...
More

Hanoi is one of Asia top 10 greatest street food cities and the most significant characteristics culture. Each food carries special taste. Hanoi people have the habit of enjoying foods according ..More

Hanoi is one of Asia top 10 greatest street food cities and the most significant characteristics culture. Each food carries special taste. Hanoi people have the habit of enjoying foods according to the season in a year and time in a day. In autumn, Hanoi people are excited to celebrate the crop of Com (Green rice flakes) in Vong village. 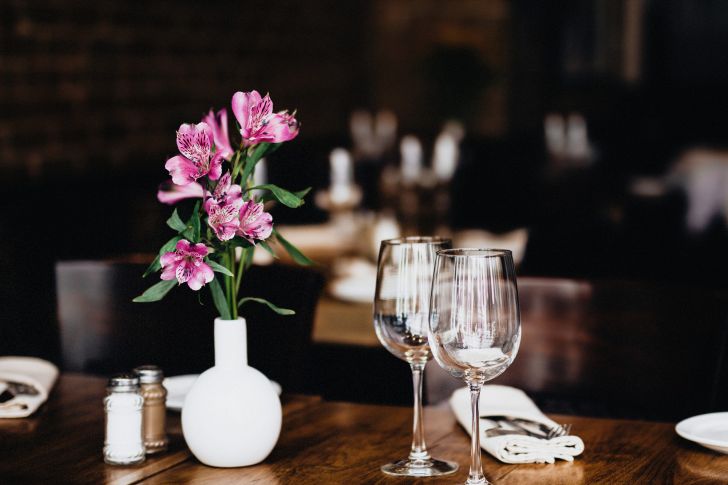 Indulge in the Street Food

Trying to figure out what to eat from street vendors in Vietnam can be extremely overwhelming, but thanks to the Legal Nomad’s Guide to Saigon Street Food you can explore and taste with...
More

Explore Vietnamese History BEYOND the War

Vietnam is and should be known for more than the terrible war, which is where the Museum of Vietnamese History comes in. See gorgeous artefacts from the many regions of the country and learn what...
More

Most travelers in Vietnam feel relatively safe, and the level of crime is generally comparable to similar cities of the same size throughout the world. Pickpocketing, snatch-and-grab robbery, and petty theft are the most frequent types of crime ..More

Most travelers in Vietnam feel relatively safe, and the level of crime is generally comparable to similar cities of the same size throughout the world. Pickpocketing, snatch-and-grab robbery, and petty theft are the most frequent types of crime reported in Ho Chi Minh City (HCMC) where foreigners frequent (major hotels, tourist sites, public parks). 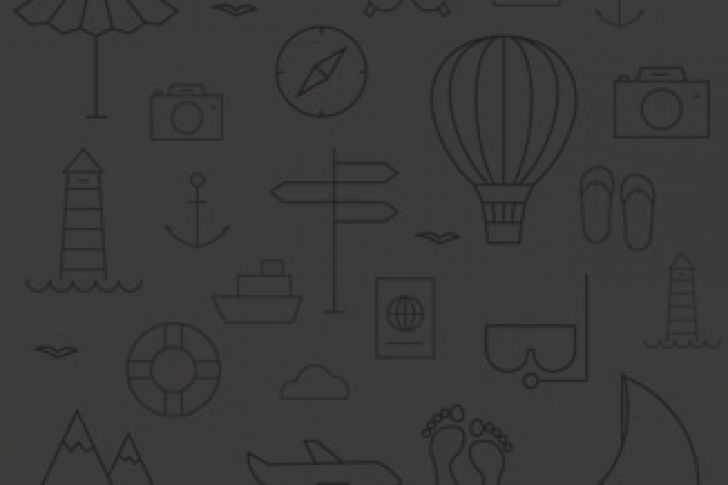 The street food scene in Saigon permeates every district, neighbourhood, and alleyway; the city boasts so many street food outlets that, at times, Saigon feels like one gigantic, open-air...
More

Barbecue Your Own Dinner

The barbecue garden provides a unique take on dinner – cook it yourself! Escape the chaotic streets in the lush garden restaurant, order your preferred dishes and cook them to your liking....
More

The best time to visit Ho Chi Minh city runs from December to April in dry season when the sky is clear, the land and scenery are incredibly lush and ..More

The best time to visit Ho Chi Minh city runs from December to April in dry season when the sky is clear, the land and scenery are incredibly lush and the waters on the Mekong Delta are very calm.

The Central Post Office in Ho Chi Minh is a beautifully preserved remnant of French colonial times and perhaps the grandest post office in all of Southeast Asia. Located next door to Notre Dame...
More

Ho Chi Minh City is Vietnam’s shopping hub, where you can buy almost everything on earth, from life’s bare necessities to the most luxurious ..More

Ho Chi Minh City is Vietnam’s shopping hub, where you can buy almost everything on earth, from life’s bare necessities to the most luxurious products, from authentic Vietnamese origin to most well – known international brands. It is great chance for experiencing the local culture, traditional street markets are scattered across the city. 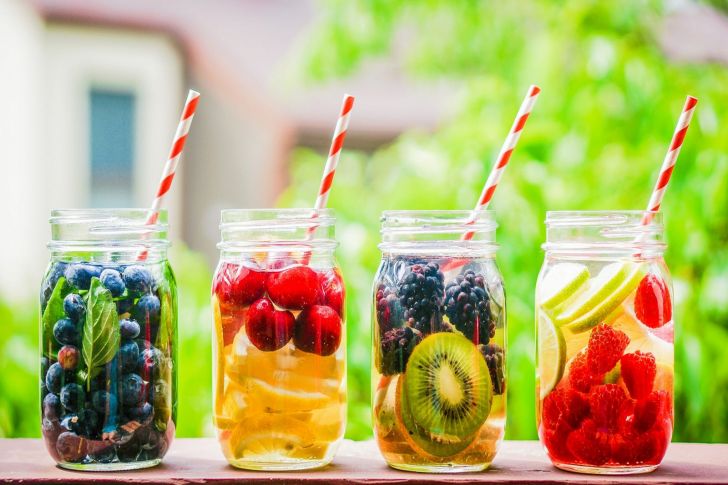 Sip a Cocktail and Enjoy the View at Saigon Skydeck

It’s hard to get a true appreciation for the scale of HCMC without seeing it from up above. You could just pay to go up to the tourist deck, or… you could skip that cost and get a...
More

By far our favourite thing we did in HCMC was the XO Foodie Tour. We visited multiple districts and ate many foods that were new to us, but part of the thrill was zipping through Saigon traffic...
More

Eating is one of the top thing to do when traveling and there is nowhere to immerse yourself in the exquisite flavours of Vietnamese cuisine than right here in Ho Chi Minh City. Ho Chi Minh ..More

Eating is one of the top thing to do when traveling and there is nowhere to immerse yourself in the exquisite flavours of Vietnamese cuisine than right here in Ho Chi Minh City. Ho Chi Minh City attracts residents from all over Vietnam, so it’s the best place experience the amazing regional variation in Vietnam cuisine between the north, the centre and the south.

Bun mam is a robust Vietnamese soup that’s packed with contrasting flavours, textures and colours. Pungent, fishy, sweet, sour, dark, vibrant, silky and crunchy, this is a soup that...
More

The best street foods in Saigon

One of the best things that tourists can do when traveling to Saigon is try all the best street foods is not just looking around and visiting the amazing historical sites. Following maybe some...
More

A-Z of Other Destinations