From the 1600s to the 1800s, Hoi An was a major trading outpost known as Faifo. However, when the river silted up and the harbor became too shallow, trade moved north to Da Nang - and Hoi An lost its significance. Today, this cosmopolitan heritage is reflected in its mix of Japanese, Chinese, and Vietnamese influences. Because of its rich blend of aesthetics, the entire old city is a UNESCO World Heritage Site.

Experience it firsthand
Cycling Tour of Old City
If you are a cycling lover, explore the notable buildings of Hoi An on two wheels. Notable sites include the Japanese Covered Bridge, the Old House of Phung Hung, and the Sa Huynh Culture Museum.
Thu Bon River Cruise
Take a day trip along the Thu Bon River on a private river boat. Pass through Hoi An and take in the fishing villages and local markets along the riverbank before continuing upriver, where you will be immersed in the sights and sounds of sleepy, rural Vietnam.
Cooking Class
Take a cooking class at Brother’s Cafe and feast on your creations for dinner. This grand, U-shaped colonial building by the Thu Bon River is a window into a bygone era, with its gourmet Vietnamese cuisine and romantic garden courtyard.
Custom Tailoring
Hoi An is one of the best places in Vietnam for bespoke clothing. Visit one of the finest tailor shops in Hoi An and choose from a variety of fabric swatches (linen, silk, cashmere wool, etc) and have your measurements taken for traditional garments, such as an ao dai, a form-fitting, traditional Vietnamese woman’s outfit composed of long silk pants and a long-sleeved top, or place an order for a Western suit or dress.
Cham Islands
Take a private boat to the nearby Cham Islands. These islands are a quiet little fishing area populated by ethnic Cham people, an Austro-Asiatic group that fought the north Vietnamese for this territory for centuries. The islands are famed for salanganes, swallows whose nests have long been considered a delicacy by aristocrats and the wealthy. The islands are also a fine place to go snorkeling, as its waters are filled with all the manner of coral reefs and dazzling tropical fish. 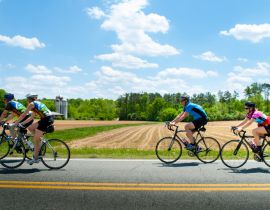 Bicycles can be hired all around Hoi An but if you want to have a safe and active Hoi An...

Steps to choose a tailor

It is a great idea to have some tailor made clothes and it is another great idea to travel to ancient Hoi An . So why not combine two excellent ideas? There are something we are sure to be...
More

Old Houses in Hoi An

Old houses in Hoi An hide a long history inside. These houses were featured strikingly by the length, lying close together in the wide and airy lanes. To learn about Hoi An , it is...
More

The Japanese Covered Bridge or Cau Chua Pagoda (in Vietnamese “Cau Nhat Ban”) is one of the most famous tourist attractions in Hoi An, Vietnam.
More

If you love the great blending taste of Vietnamese dishes and are curios of the process make them, you can consider a cooking class in Hoi An . The size of group ranges from private class to...
More

Come to Hoi An, home back to the last century. The town was used for two hundred years as one of Vietnam’s most important trading ports. It had been occupied by the Chinese, Japanese and...
More

Cao lau - the essence of Hoi An food

The reason why a specialty in Hoi An named Cao Lau is interesting: Hoi An was used to be an international ports and there were many merchants working in the town. They chose to have lunch or...
More

Quang noodle (Mỳ Quảng) is one of the most famous specialties of Hoi An food. This dish’s ingredients include rice, vegetables and met but the way of cooking and how to mix them...
More

A-Z of Other Destinations